”Now, I wanna see someone who has that much heart!” -Tony G

Monday starts off again with a morning run and a late breakfast/early lunch at an Italian restaurant located between the Hippo and the Empire. At Empire we get a game running with an Asian 95% VPIP guy and a cool dude from Canada. I would love to keep playing short-handed, but the table fills up quite quickly. One of the grinders who sits down plays zoom on Pokerstars with his iPad, and after a quick discussion I show him the GGPoker fast-fold poker since it’s a way softer game and he starts to play that one in no time. I’ve noticed many of the poker players in London are friendly to reply and chat a bit once you open the discussion – obviously if someone sits there quiet with big headphones, it’s best to just give them that personal space they obviously crave.

Suddenly someone with not-so-fluent English sits down and he clearly has a unique, spectacular way of dealing with people by showing different expressions, gestures and feelings. We quickly name him Mr. Incredible, since everything is incredible to him – especially poker, since he doubles up with KK vs JJ, hits top set twice with JJ, goes for a runner-runner full house with A9 (which he calls ‘ass-nine’) and whatnot. He single-handlely lifts up the atmosphere of the whole table by high-fiving people, telling short stories of flying to Vegas and playing with Daniel Negreanu, and why he left Romania after being taxed at a 75% rate and not getting paid by his boss (he also mentions he likes Romanian women for reasons described through gestures that are hard to put into any text properly!). In live poker you can meet quite cool characters – no matter your background, status or any demographics whatsoever, once you sit down at a poker table, you’re equal with every other player. Gandhi would approve, sort of.

I’m pretty card-dead preflop the whole day, getting dealt AKo once and TT twice. The latter pair of tens is an example of typical hand played by a live reg who is not willing to go out of his comfort zone – meaning doing something else than playing straightforward af to take the money sitting in front of the clueless players.

Hand number 1: You're not my captain

Starting point: I’m the most active opener at the table by far, and a new pro bought in deep and has played with us for a few orbits. He seems like a silent grinder who doesn’t mess around much.

Hero opens to 8, Silent Grinder OTB (On the Button) raises to 25, hero calls

Analysis: Preflop is standard by all means as there’s not much reason to consider doing anything differently so far. The 40% cbet is also an easy call on this relatively favourable flop for our hand. The turn is pretty much the worst card in the deck for us – and the best one for villain to keep barreling as many of his broadways like AK or KQ hands are now top pairs or gutshots such as AQ, possibly with a flush draw. The Silent Grinder checks back though, which means he either has a showdown value hand or he is simply giving up. The river is also a good card for his range, but he decides not the fire and mucks his hand after we show TT. Because of the special rules of showdown starting from the next player to button, we don’t get to see his hand.

If there is one thing to remember from this hand, it’s that you have to balance your 3 streets of value betting with some hands that you go for those big 2nd and 3rd barrels. Even more so when you’re in position after 3betting, and once someone has capped their range preflop by just calling the 3bet. And combined with a board that is favourable for 3bettors range. Literally all things play in your favour here, except you.

I take my suitcase from the cloakroom and head to the hotel suite organised by CupOfTea to drop it off before we go for an 11-course dinner at Yamal Alsham. I’ve liked this restaurant since 2013 when I first ate there, and we’re in for a treat also in 2019: 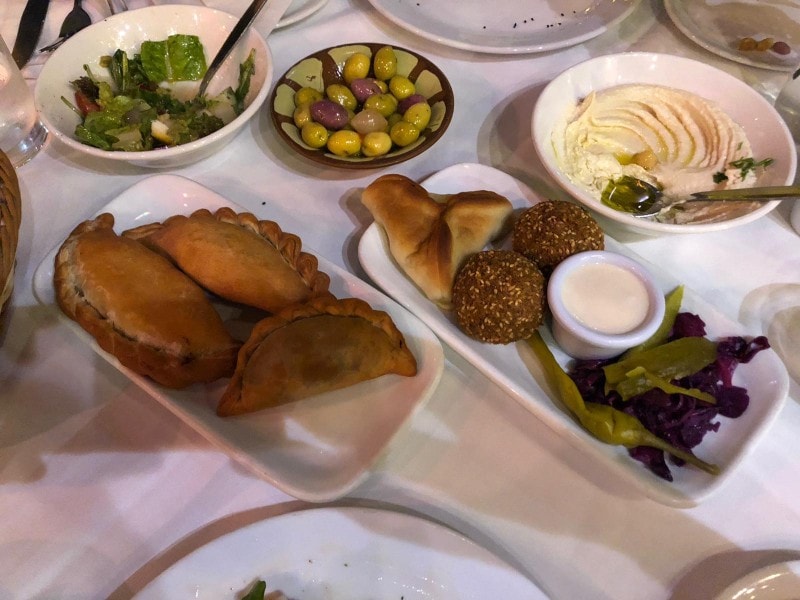 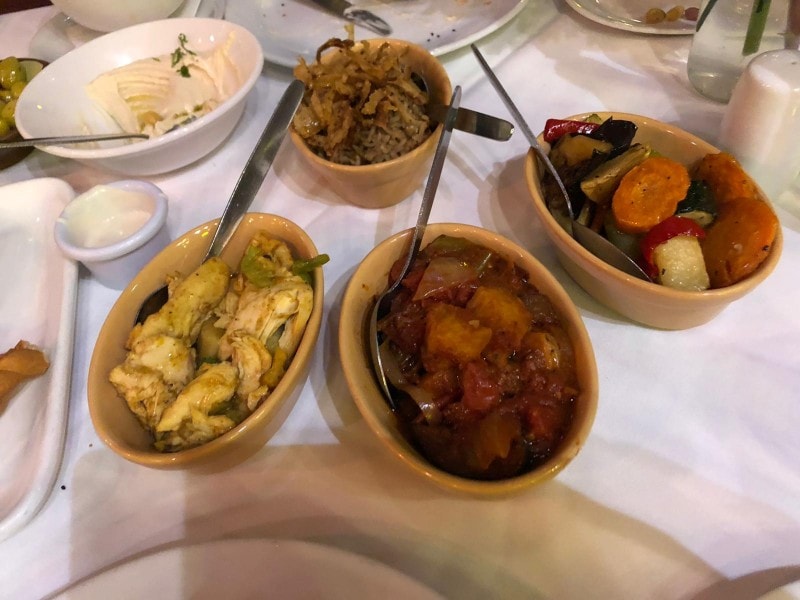 The suite is also quite nice for the last two nights of the trip: 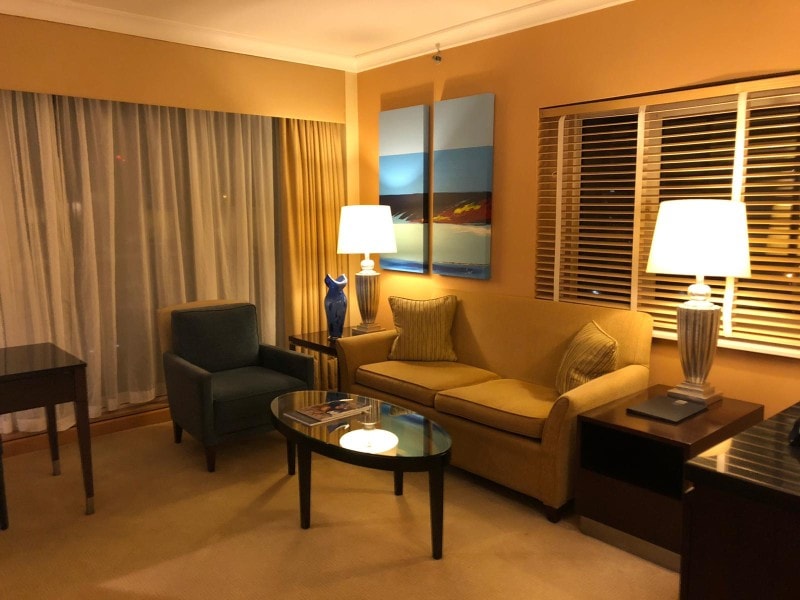 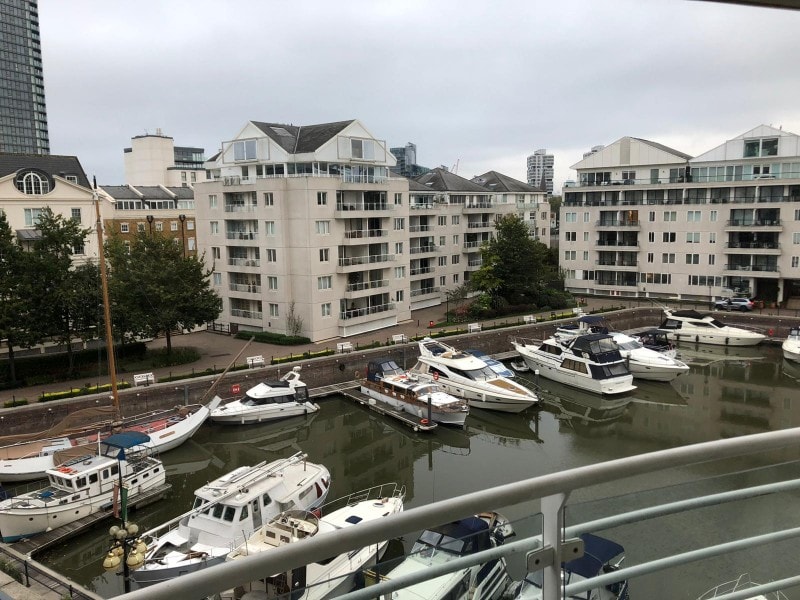 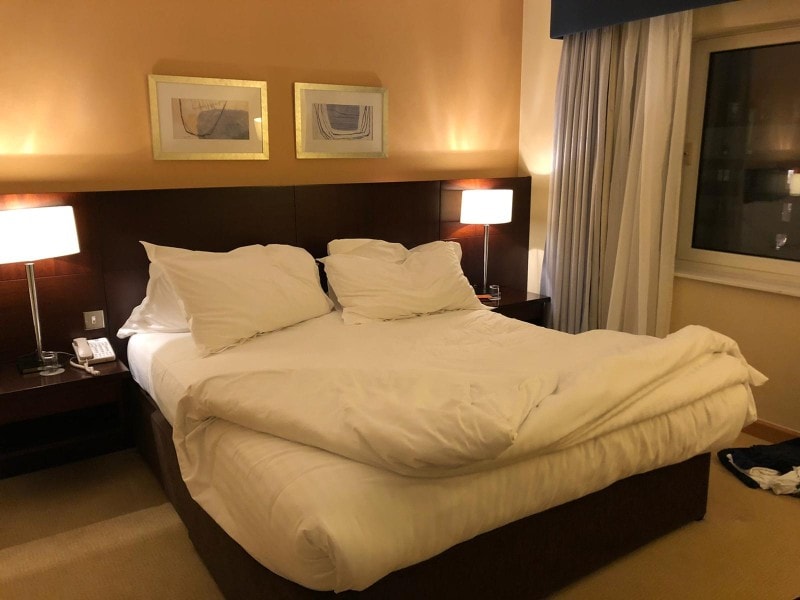 I’ve played my A-game most of the time during the trip, and our only goal for today is to keep doing exactly that. Let’s get ready to rumble!