Return of the Ape

On AirAsian flight from Sydney to Kuala Lumpur.

The luggage was dropping from the overhead cabins when I woke up Mr.J and told him that we’re going to crash. Now, what I expected was some laughter – I have travelled a lot with Mr.J and always gotten a rational response from a man with no fear of flying. What I got was:

“Holy shit, this plane just dropped like 100-meters” and a genuinely worried face.

This increased my level of panic from “irrational” to “uncontrollable”. I grabbed my whiskey, opened my seatbelt and hopped out of my seat.
“What are you doing?” Mr.J asked.

“What do you mean? We obviously must evacuate to the back of the plane – better chances of survival “I said, with a clarity and determination of a madman. Very theatrically I pushed my hand in front of Mr.J , signaling him to grab it so I can heroically guide us to safety in the back of the plane. Mr. J started laughing and slapped my hand away:

“Dude, you can go wherever you like but I paid for the business-class tickets and I will stay here.”

Now, facing an almost certain death I had a dilemma: Should I really go through the whole airplane alone just so I could find a seat in the back? People were already kind of looking at me. Also, what if the plane crashed and the only survivors were in the business class? I would have to hunt Mr.J from the afterlife with such intensity that it probably wasn’t worth the risk. The business class legroom was kinda nice too.

I guess I might as well die in business class, I thought, sat down, ordered another whiskey and started to write my will and testament – like a rational person during semi-severe turbulence does.

After surviving events with 0,00004% mortality rate (couple of flights) I emerged from the airport terminal of Koh Samui like a phoenix from the ashes. This was the last leg of the journey and the place where we would be reunited with the other guys from the office. I felt great about it. Me and Mr.J are like brothers but for almost two weeks I had been on a road with a companion that slowly nibbled my net worth down – much like a girlfriend – but without the tension relieving sex that makes the transaction at least somewhat justifiable. Of course Mr.J nibbled my net worth down by strategic (and lucky – never forget to add the lucky part) prop bets and didn’t try to get quite as many couple selfies as you would if you were travelling with your significant other.

The days in Thailand followed a pattern: breakfast, tennis, little online or Chinese poker by the pool, golf-soccer and dinner at a nice restaurant. Every activity was obviously spiced with notorious side-betting that came more as a rule than an option.

On the last whole day of our trip we played tennis doubles with Mr.E and Mr.J against me and my teammate. My pair didn’t want to bet anything so the bet went accordingly: if team Mr.J&Mr.E won I’d have to buy them whatever they felt like for the whole night – if my team won; I wouldn’t just get the whole night for free – I’d also get paid for whatever I felt like consuming. My team won the bet.

Later that night, in one of the finest restaurants in Koh Samui. I’ve eaten two appetizers, two mains, a dessert (the most expensive one) and destroyed two bottles of red. We get the bill: my part is around 150 dollars.

“Ahaha, this is the most inexpensive bet I’ve ever made” Mr.E laughs.

“True, man you can’t hurt us even if you tried – everything is so inexpensive here” Mr J comps.

The other guys from the office were laughing with them. I started to get tilted.

Do they really think that I, a man who has gone broke more times than he has had a warm meal, can’t indulge in some outrageous spending?

“Just you wait – I decide where we go next”

After a quick “the most expensive bar in Koh Samui” internet search, I took our group to a fancy lounge near the beach.

“Hello, how may I serve you?”, The waiter asked.

“Hey, what’s the most expensive thing you have on the menu?” I said a bit abruptly.

“That would be the Dom Perignon – it’s around 500 dollars a bottle”, the waiter said and tried to hide the smile rising on his face.

I took a look at Mr.J and Mr.E and said:

“So what you guys think, should I order a couple of those? WITH A GENEROUS TIP OF COURSE”

Mr.J and Mr.E weren’t laughing anymore. The waiter looked at me with a subtlety of a baboon; almost licking his lips.

Yes, take it – I thought, while giving my “fuck you very much”- smile to Mr.J and Mr.E

And they thought that I couldn’t spend some money

Mr. E, who’s now clearly tilted that he has to watch me rub my nipples and dance while I order champagne with his money  hops from his seat, points a finger at me and says:

“Oh, I “have to” drink some champagne is it? My my, what a horrible thing indeed”

The fucker just put a clock on me.

“Hmm, fair enough. I’ll start with just the one bottle then”, I told the waiter who was still next to me.

“Brilliant, how many glasses do you need?”

Now, if you’ve ever tried to drink champagne quickly, you’d know that it’s not really a suitable drink for it -it has too much carbon dioxide. The first two glasses are great but after that it starts to feel a bit much – especially if you’re jugging the 500-dollar champagne straight from the bottle in desperate measure to save time. Not realizing this beforehand, I jugged about one third of the bottle before I started to feel “something”.

“yrff” I’m on my knees on the ground with the worst heartburn imaginable.

“IF YOU THROW UP WE DON’T PAY YOU ANYTHING” Mr.J tries

“That…. Urff. Cannot… Ufff. Have been in the rules”, I manage to say under my breath. Every word is followed by a painful burp.

“How do you feel brother? You look a bit red there” Mr. E chirps in.

I can’t speak because my chest hurts too much so with a very slow hand signal I tell Mr.E to go fuck himself. I’m really starting to regret ordering the second main at the restaurant earlier – and this bet entirely. I take another sip. A small one, I know that if I take a big one, I can’t hold it in. I’m quite sure that the bet would go my way even if it did happen but I’m not willing to risk it. I shake the bottle – just gently enough to get rid of some of the carbon dioxide – but that none of it spills.

They have created something exquisite and refined only to be destroyed by a red burping ape who shakes the bottle to deteriorate the would-be- five-star champagne into an easily drinkable money-making juice. Like a wounded animal I manage to first turn on my back, and after a while crawl in a sunbed next to our table. When the waiter comes over I’m holding the bottle half in my mouth while the rest of it lies on the top of my chest. Both of my hands are over the sunbed and laying on the ground.

“Is everything alright sir?”

“Ummfff”, I signal the waiter  as upbeat as I can. I can’t really speak because the heartburn is still really bad and I’m too lazy to pick the bottle out of my mouth. For some reason I still want him to think highly of me.

You’re probably wasting your time there

Some time, and several animal-like grunts, later the bottle was destroyed. The show that started as entertaining to spectators (those who were not involved in the bet), had turned boring and everyone was eager to go home. I didn’t have the heart, nor the courage to ask for another bottle – I knew that there was absolutely no chance of me downing another one of those. Also, it might’ve been too much. Even still, I felt like Mr.J and Mr.E weren’t quite as tilted as I’d like them to be. So, on the way to our scooters I stopped them for a while and said:

“Hmm, were brothels included in the bet? I’ve always dreamed of a twelve-way.”

… And that moment of horror in their eyes was the highlight of my trip.

Couple of days and flights later, I arrived at my home exhausted. Normally, I throw all my disorganized luggages on the ground, and leave them untouched for days. This time there was one minor difference though. I opened one of the bags and picked my ring.  Somehow it had survived all the flights, all the breakdowns and all the general dumbfuckery down the road. I gently put it in a place where it can be seen from anywhere in the living room. 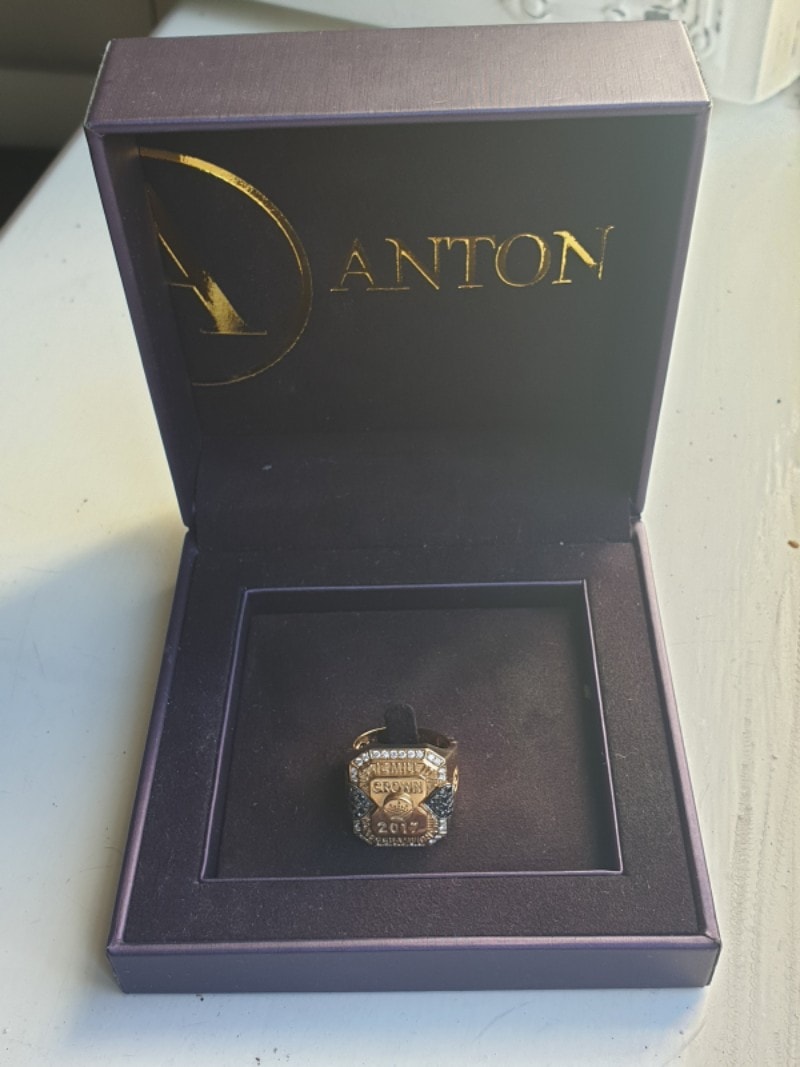 KingPampo & TheJudas are streaming on Twitch, revealing their biggest wins & losses at the online tables. This is poker entertainment at its best!
Follow on twitch