Pot Limit Omaha (PLO) is known as a game of action. It has some similarities as Texas Hold’em but there are a few differences as well. The first one is that it is played with four cards instead of the traditional two in NLHE. From those four cards, you need to pick two which must be used to make a hand using the board. It’s important to notice that in Omaha you MUST use two cards – unlike Hold’em where you can just use a single card or even play the board.

Let’s go over a few basics:

How to calculate the pot?

In PLO, as the name suggests, the betting is limited to the size of the pot. The minimum that you can bet is 1 big blind and the maximum is the total pot. To calculate the size of the pot, just triple the previous bet and add all the remaining bets on the table.

Here are a few examples to get you started:

How to choose starting hands in Pot-limit Omaha?

As a rule of thumb, you should play the tightest from under the gun (UTG) and loosen up a bit by every position until you reach the button. As Omaha is more a drawing game than Hold’em you should choose your preflop hands accordingly: Nut flush draws and big straight draws plays a huge role postflop – you don’t want to end up drawing dead! Also, remember that by being the preflop aggressor you have two ways of winning the hand 1. Everyone else folds or 2. You hit a good hand on the flop. For a starting player, it’s easier to implement only the opening strategy. What this means is that if you think the hand is good enough to play, it’s usually good enough to raise as well.

Since starting hands are really important in PLO, we’ll create a separate article altogether for this topic!

What this means is that the power of position plays a bigger role and players tend to play more postflop in PLO than in Hold’em. It also means that oftentimes you’re getting good enough equity to play a hand, which obviously means: more action!

A common mistake for players moving from Hold’em to Omaha is overplaying hands that have single good Hold’em hand but not much else to go with it. Good Omaha hands always work well as a whole and usually have several good Hold’em hands in them. They’re either suited or connected, preferably both, and they’re easy to play postflop. Few typical, weak hands which new players perceive as strong are: J♣J♠7♦2, A♠K♦2♥8♣, A♣K♠6♥6♦.

In Omaha, it’s more common to call a pot committing bet from an opponent preflop because flops drastically change the power of hands compared to Hold’em. The most common situation is a big pocket pair raising against a strong draw hand.

For example, A♠A♣7♦2♥ has 50.09% chance to win a preflop all-in against J♦10♥9♥8♦ (double suited). However, J♦10♥9♥8♦ is much easier to play postflop as you tend to hit the board hard or miss it entirely. This means that the player holding J♦10♥9♥8♦ can make better decisions postflop and actually make this hand profitable to play against weak aces.

The reason why PLO is so popular is that having four cards means that you’re going to end up with a decent hand after the flop far more frequently than you would in Hold’em. As postflop strategy is extremely hard and depends on various factors; in this article, we’re going to go over only the basics that you can apply to every single hand. Going over these basic points in any hand you play will give you a good fundamental understanding to approach PLO:

Always be aware of what has happened in the hand earlier. Who made the raise? What kind of player is he? Did you call or reraise the villain’s bet? Are there more players in the hand?

What positions are in play. For example, the button’s opening range is very different than UTG’s – you need to take this into account when navigating through different boards.

Stack to pot ratio (SPR) is one of the most used terms you hear when talking with professional players. It tells you how many times the pot can fit into your stack. For example, a stack of 30$ has an SPR of 3 to a pot of 10$. SPR is a quick way of telling how committed you are to a pot. In general: the bigger the SPR is, the stronger your hand should be if you’re going all in.

Which player does the board favor? How should you play your range on this particular board? How many outs do you have to improve? Are you drawing to the nuts? How many hands do you lose to?

What kind of price are you paying? How much should you bet on any board? For example, you’re dealt A♣K♥Q♥J♣ in the small blind with 100bb stack, action folds to the button who opens the pot, you decide to raise the pot, BB folds and button calls. Flop comes J♥T♣3♣. At this point, you should go over the ‘basic points’:

What is the earlier action? Button open, a three-bet by you and a call from the opponent. Very usual situation in a PLO game.

Position: You are out of position as you raised from the small blind. You have a disadvantage throughout the hand but you have taken that into account by choosing a strong preflop hand.

Bet sizing: Critical things to consider before any bet sizing: what is the SPR (is it possible to get your full stack in, in the future streets if there are any) 2. What kind of board are we betting in to? There are boards which are more “wet”, meaning that there are a lot of possible draws on the board (like in our example), and “dry” boards which contain very few or no draws at all (for example, T♥2♣2♠ board). In general, a player should either check or bet big on wet boards and bet more frequently and with a smaller sizing on dry boards (reasons behind this will be covered in future articles).

What to expect when starting to play pot limit Omaha?

Loads of fun, swings and humility. Nobody is born a champion. All the greats had to put the work in. In this article, we glossed over the very basics of PLO. Hopefully, this article will guide you in the right direction and assist you in taking those first steps in the exciting world of Pot Limit Omaha.

In future articles, we will dive deeper bit by bit to understand and play this awesome, strategic game. Good luck at the tables!

Become the player you were born to be and start dominating the games – Continue reading more tips & articles in Learn Poker! 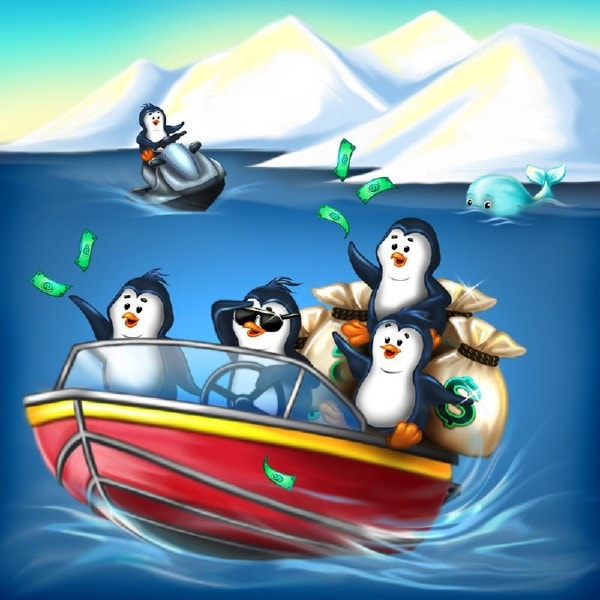 Beluga Poker – A Mobile App Offering Freerolls up to $50,000

Finding a truly unique poker app is difficult. Even though poker’s popularity has soared in recent years, you’ll rarely find

Holdem Manager 3 is cutting-edge software including stats, tracker and a heads up display (HUD). These are all the necessary

Poker Tracker 4 is the second most popular tracking software for both newcomers and serious poker players alike. It can

The thing in life and poker is that success always leaves tracks. If you want to achieve something, there’s many