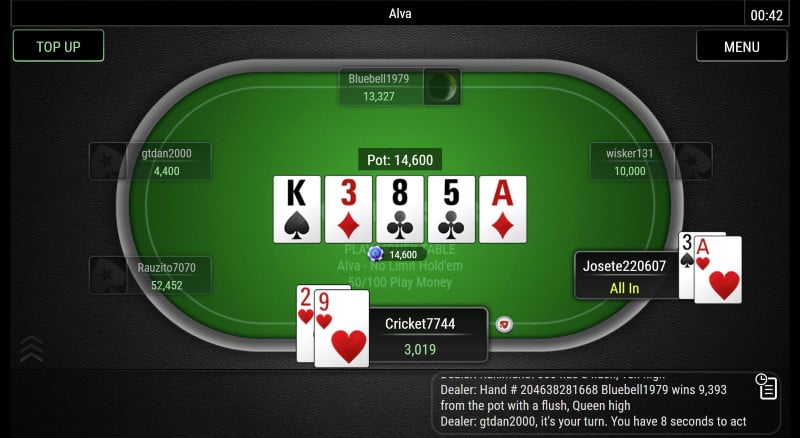 PokerStars is the largest poker network in the world with the biggest tournaments on most traffic in cash games. The site has launched already in 2001 and has a strong and trustfull image among players. Pokerstars has recently launched an Indian counterpart and it has gathered a large group of players already.

The traffic can’t reach the figures of Pokerstars main site but on the Indian market, Pokerstars.IN is already one of the biggest sites. Having strong global brand and market lead on the background, it’s very likely that Pokerstars.in is going to have bright future as well.

Welcome to play with the legendary pokerstars software that has been awarded and praised by poker players all over the world. This is the place where new champions are made! 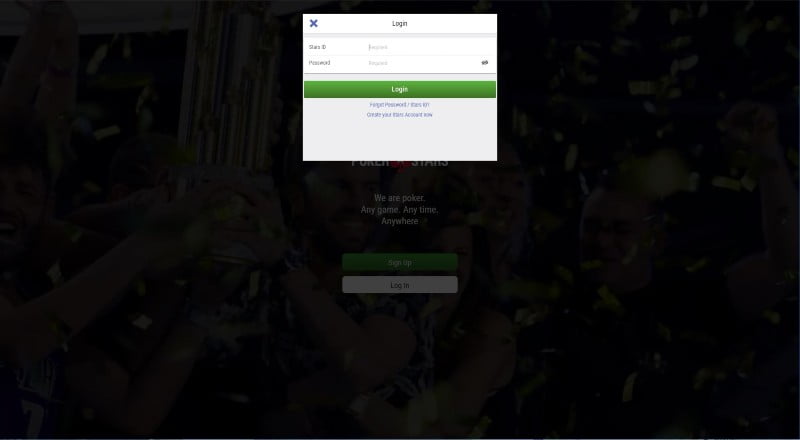 Signing up to PokerStars India was a quick and simple process. When setting up the account, only mandatory fields to fill were an e-mail address and your name. No verification was needed at the registration progress. However, identification documents will be asked before you are able to withdraw any winnings from the site.

Documents for verification are Government-issued ID and utility bill for proof of residence.

The first option is a 100% bonus with your first deposit up to RS. 30.000 (450$). You can claim this bonus over your first three deposits. The bonus will be released to your account until certain number of reward points are collected. The bonus releases at a rate of RS. 150 for every 450 reward points. Since one reward point is earned for every RS. 1 spent on rake or tournament fees, this amounts to a 33 percent cashback reward. Players have four months to claim the entire bonus amount relative to their deposit, but can extend this time period by making another deposit up to the RS. 30.000 limit.

The second welcome bonus option amounts to RS. 480 and RS. 1020 in Sit & Go tournament entry tickets. This bonus is split over six days. However, it is only available for first-time depositors of RS. 500 or more and requires the bonus code: FREE1500. Also thrown in with this bonus are five tickets for the ‘Depositor Freeroll’ tournaments, which are held daily at 8 p.m. IST and have a guaranteed prize pool of RS. 10,000.

The first option of the bonuses is better value for players. However, to get most of the bonus, it requires pretty large deposits totaling of RS. 30.000. Keep in mind that if you prefer playing it safe and grinding smaller stakes, the second bonus might suit you better.

Pokerstars software is arguably second to none. It has gone through multiple rounds of enhancements. You can modify the table colours, cards, background and betting buttons. Every detail in gaming experience has been thoroughly gone through and you can modify the table graphics and betting buttons as you please. Lobby is a clear and filtering different tables works very nicely. You can filter tables shown by stakes, game format or get a seat directly without browsing lobby. You can save your preferences so that the lobby and table options will remain the same the next time you log in.

The site currently offers Texas Hold’em and Omaha games. These games are available in multiple formats like multi-table tournaments, sit and go’s, Spin and Go’s and naturally – cash games. Texas Hold’em is the most popular game at the site with about 65% of the whole cash game action. More unusual poker variants like Mixed games are hopefully launched soon at the site – we’ll keep you updated!

The traffic on Pokerstars.IN started off quite slowly but it has been growing steadily every month. As the whole Indian market is still taking its first steps, the figures are low compared to potential it has in few years. Right now the daily peak figures are around 3.000 real-money players online and 250 players in cash tables. Most of the tables are micro and small stakes no limit hold’em. There are players in Pot limit Omaha tables as well but action is still hard to find in other Omaha games or Mixed games.

The range of buy-ins varies from Rs. 80 to Rs. 100.000 so there are limits for every taste. The traffic in limits exceeding Rs 10.000 is not daily but bigger games are running from time to time.

There are also Spin & Go tournaments on offer every day. With buy-ins ranging from RS. 10 to RS. 500, and a randomized prize pool between 2x and 10,000x the buy-in, these super-fast three-player tournaments launch as soon as enough people have sat at the table.

PokerStars is the only place where you can watch and play against Team PokerStars Pros – group of elite pro players.

The site recently hired successful Indian Pros Muskan Sethi & Aditya Agarwal to their rooster. You can find them occasionally battling at the tables on PokerStars.IN! The two have spectacular poker careers with over Rs. 20 crore in combined winnings. Recently Pokerstars.IN also signed Bollywood Superstar Nawazuddin Siddiqui as their brand ambassador.

Naturally, Pokerstars.in only accepts players who live in India and have permanent residence in India. It should also be noted that players from Assam, Nagaland, Odisha, Sikkim, Telangana, and Gujarat are not allowed to play on the site.

PokerStars IN’s reward program is almost identical to the system used by the rest of the PokerStars network. Players unlock reward points to progress up levels, and receive a prize Chest to open each time they advance. Unlock four chests in a day and all your future Chests over the next month are upgraded to the next tier. These tiers are Red, Blue, Bronze, Silver, Gold and Platinum.

Each chest can contain a cash bonus, ranging from RS. 1,000 at the Red level, all the way up to RS 25,000 at the Platinum level. Also included in the Chests are varying amounts of StarsCoin, which can be traded for Rupees at an exchange rate of 1:1 – or they can be used to buy PokerStars merchandise in the reward store.

Lastly, the Chests can contain extra reward points, a multiplier boost for the next X amount of reward points you earn, or tournament tickets.

The traffic on Pokerstars.IN is still a bit modest, although it’s understandable since the whole Indian market is just taking its first steps. It is likely that the leading brand will succeed at pulling in players in the long run. One of the key benefits is that the site is using the newest PokerStars software, which is as smooth and user-friendly as you can get at any online poker room. Certainly, a site to look out for in the growing Indian online poker market.

“Pokerstars has the best software in the business. No matter if it’s the hotkey function, run-it-twice or four-color deck you wish for – it can be done. Aside from the layout Stars is widely trusted by the players so you always feel extra safe over there. Action can be tough but as we always say: if you want to be the best – you have to play against the best. Tournament selection is top notch and we find no reason why anyone would not add Pokerstars.in to their arsenal. See you at the tables!”

How to get started?

Download the application for iOS, Android and PC at this PokerStars.in link.

Make your first deposit and start earning rakeback every time you play!

Yes, PokerStars India is licensed to Sachiko in India and is owned by the Rational Intellectual Holdings Limited which is the company behind PokerStars and their trademark. The games on PokerStars India are played in real money, but you can also try playing money games first to get yourself familiar with online poker.

Is PokerStars legal in India?

What kind of rewards does PokerStars India offer?

Stars Rewards includes Chests with surprise prizes like cash and tournament tickets. You can also win tickets to Stars Rewards Freerolls and buy items from their store with reward points.

Are my funds secure on PokerStars India?

Yes - players’ funds are kept on segregated accounts and not used for operational purposes. This way PokerStars makes sure that they can fill any monetary obligations towards all players.

How many players are there on PokerStars India?

The software of PokerStars India is both intuitive to use and easy to understand. Both Mac and PC clients are available to Indian players. The graphic display is crisp and you can modify the outlook of the tables to your liking.

Can I play on PokerStars India on my mobile phone?

Absolutely! PokerStars India mobile app is available on both Android and iOS 10 or higher. Please note that you must have Location Services turned on for the app to function. The minimum screen resolution is 800x480.

The mobile app has cool features like Quick Seating and Play Now -button that lets you join your favourite game instantly in just one click. Playing on an Android tablet or an iPad is also possible with the mobile app.

What games does PokerStars India offer?

You can find all the most popular poker games like Texas Hold’em, Omaha, Omaha Hi/Lo, 5-Card Omaha, Stud, Razz and HORSE. If you want to learn how to play new games, PokerStars India has their own Poker School where you can learn new game formats.