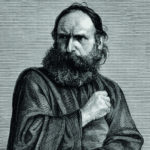 I play poker, drink wine and sometimes even write about it.

“Yeah! See, first we do the Ultra Music Festival in Miami – and after that go take over the WPT title in Hard Rock Seminole”

“That does sound good.”

“Yeah Niko has us all covered”

Yeah man but 500/night per person is ridiculously expensive.

“I know I know. But duuude, it’s an experience – you can’t really put monetary value on those, right?”

I wonder many times I’m going to fall for this same routine.

Few days later I get a call from Mr. J who’s going all hyper:

“Niko has a sweet deal for a yacht!”

“AND LISTEN, Listen man. I haven’t told you the best part: Niko told us that there will be `fun girls` that comes with it”

I was in a relationship at the time, but it’s not like I want to share my possible yacht with just anyone. There are still yacht-standards.

The blue tick next to her Instagram nick told me that I was about to set my life into a whole new league. For a moment I was floating in the deep blue sea with the Miami skyline in the background. Models, champagne and drugs everywhere and right in the middle of it; me, wearing a dark red cigar jacket.

How come I’m always wearing cigar jackets in my fantasies? And why are there always drugs? I don’t even do drugs.

What the hell do I even need a Yacht for? I’m in a relationship anyways. Fuck this, no way we need it.

“YEEEEES, it’s going to be awesome!”

Mr.J hung up the phone and I was left wondering how in the hell I said yes to this.

A few weeks later I’m on a flight from Helsinki to Miami, nervous, like always, and talking to the cabin crew right after the takeoff:

“Really? That’s so interesting, but ha! Did you manage to lose the shoes off your feet?” he said with a wink.

I had taken my shoes off and was standing in front of this bear-like character in the back of the plane. Now, I do decent with women, but nothing compared to gay men – it’s like a flame to a moth.

“Haha, yeah something like that. But I’m a bit of a nervous flyer – so you guys think that I could get a glass of wine to calm me down?” I said in the nicest way possible.

“Red please, and mmm… could I have some for my friends too?”

“Of course, honey” he replied and winked again.

“Here you go boys” the flight attendant says, and winks as he rushes six glasses of red wine to us. We had been served wine nonstop for the whole flight by the bear-like character and by his, also extremely friendly, male colleague. The pilot has switched the seatbelt sign on. We’re about to land.

An hour later, we’re still in the air and been told that there’s a thunderstorm right above the city making it impossible to land. As the seat belt sign has been on non-stop the only people in the whole plane, who are still – for reasons not entirely unknown to us – getting served, are us. The plane not landing has made me even more nervous than usual and I have devoured my two glasses in pace that’s really pushing it – even for a blooming alcoholic like yours truly. Almost magically as I lay down my empty glass, the bear-like flight attendant shows up, this time with a whole bottle of wine.

“Aren’t you thirsty,” he whispers and leaves.

A part of me is a bit worried about the increasingly sexual tones that he’s sending on my way, but the other part is just happy that there’s more wine. It’s like Cartman says: “I’d at least like to get wined and dined before you fuck me.”

Is this how the girls feel when they’re on a date with me?

When the plane finally lands Mr.J  Mr.R and I are quite heavily sedated. Mr.J and R blames me and I blame the rather over caring flight crew. Denial – the true path to happiness.

“…Hey guys, your plane was over an hour late, so I had to send the Escalade home – also there was a double booking at the villa, so you have to take a hotel for tonight. Sorry for this. You get the money wherever and whenever you want. Text me the address of your hotel and I see you tomorrow around 2pm to bring the Ultra- tickets”

We exchanged some worried looks. Tired from the long flight and decreasing drunkenness we sat down to the empty benches right before the airport exit. Silence fell for a bit. People in an endless mass were rushing to either their flights or to taxis. Opposite of us were a sign:  “Welcome to Miami international airport”. Mr.R stood up, let a little sigh and said:

This article is also published as a forum topic here »

"If I knew how to silence all the voices in my head, then I would, but I can't, so I listen to 'em instead" - Horrorshow