“The beautiful thing about poker is that everybody thinks they can play.” -Chris Moneymaker

Becoming a winning player in poker requires you to be confident and somewhat paranoid at the same time. Why is that so? Wouldn’t it be nice to just arrive at the table with massive confidence and clean it up like we’re the only one-eyed creature in the land of the blind? On the other hand, if you’re questioning your plays with every single decision at the table, you’re going to run out of energy way too soon and abandon your intuition.

The thing is, we need to have a solid understanding of how to play fundamentally sound poker, which gives us confidence in our game. But, we also need to be open to adapt our usual strategy if the table conditions demand so – and to notice if something we’re used to doing by default doesn’t cut it anymore. That’s why being critical of oneself is important in developing as a player.

Keeping these points in mind, how do you become the best player at table? To be the best player at the table, you have to be the best player off the table. The game of poker starts way before you sit down and play some cards. One might even say, that the winners are decided long before the cards are in the air. You need to outwork your opposition by studying the game a lot (whether by yourself or with fellow players), keeping a good balance in your life to stay mentally and physically fit, by preparing for your sessions and analysing your plays afterwards.

A recent 2+2 blogger gave a really nice priority list for those who want to be winners in live poker:

Notice how actual skill only comes 4th on this list. If you select bad games like the last table I played yesterday with full of live nits, you’re not to going to have much edge on them and it hurts your hourly rate & creates a lot more variance.

That being said, let’s analyse a few hands I played earlier yesterday against some middle-aged guys. 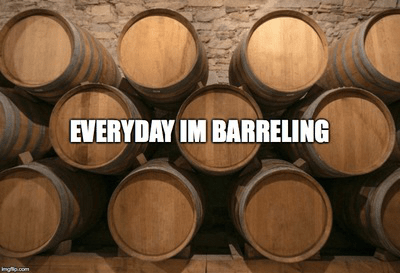 Starting point: I’ve been targeting the two older guys at our table for one hour, and one of them is in the big blind. We’re in the middle position.

Analysis: The preflop open is loose but we want to play against the BB as much as we can & nobody was re-stealing my opens so far. We flop the double gutter and make a little bigger than standard cbet (40% or 50% of the pot would also be fine). In live play, quick calls are usually not that big hands, as people tend to ponder their options with monsters. Turn doesn’t change much, and we continue to press. I’m planning to give up most rivers here, but the Ace of Spades is pretty much the best card in the deck to fire the third barrel, as villain will have a hard time calling us down with hands like 87, 97 or even a ten.

Starting point: I’ve played very solid overall and have a good image. The business man on my left sits around 500BB’s deep, plays somewhat loose and hasn’t been put to to test yet, but that’s likely to change real soon. We’re in the big blind and business man is UTG.

Analysis: Hero’s hand is a good candicate for 3betting in position but not that great being OOP against an UTG open. Anyways, we want to have some 3b bluffs here besides the value hands of +QQ and AK (against the business man we 3b JJ and AQs here as well), and K9s will play that part just fine as our villain is unlikely to 4bet-bluff us in this spot and we should have many boards we can fire small on the flop & big on the turn. The cold-callers in the middle are just looking to the catch a piece on the flop against the businessman, and are likely to fold preflop against a big squeeze. The flop is a really good one for our hand with two overs plus a bdfd – we fire a 35% cbet with the plan to drop a huge double barrel (75-90% of the pot) on the turn.

The fact you were planning to give up most rivers here was what surprised me. To me, this seems like easy barrel as we have no showdown value – and also block the straight. I wouldn’t even consider A♠ that great of a card to bluff compared to any non-spade K-J card as we may have J8,J9 combos which you (maybe) could go for thin value on J river and as for K and Q rivers turn QT and KT into clear value bets as well as brings top pair to Q8s,Q9s,K8s, K9s which again could go for value (I’m not that into Holdem anymore so not really sure if that’s too thin – I would say that in live games, usually not).

Also why I wouldn’t be super excited about the fact that backdoor flush got there is that your villain could easily have 7xs or Txs. I think our range is bit more suited heavy in general but it’s quite close because pf BTN flats as well and this should tighten BB flat range to better multi-way hands (suited, connected). As we have no spades this is a bit of a problem. However when picking up your bluffing spots you should always think through your range and as we’re so low in our range and have so many value betting combos I think we have to bluff most of the rivers with this hand.

PF probably loosish but fine. Flop is great for our hand but not for our range. If BTN is active, I could see myself doing something really nasty like XR but that’s probably too spewy as we’re holding 8 high and would really just pick the pot down (however balancing otherwise most likely super value heavy flop XR range would be a nice plus and this hand would be perfect for that – but in 1/2 live games you probably don’t need to balance your connected multiway flop XR range :)) Side note: Not sure if XR range is needed – but I think it is… So flop cbet is fine. Turn I like the big bet, yours is good but might go even bigger.

Now as villain calls the turn we should have plan of action to every river. The worst cards? Probably any T and sevens (especially the 7♠) as these are our villains most likely cards that could fold to a river bet. 6 or 2 are not great either. Anything else? FIRE. 6’s and 2’s? Probably FIRE Why? Because when bluffing the most important things are:

1. How low we are in our range – in this hand it’s damn near impossible that we hold a worse hand than 8-high.

2. Do we have blockers and are they relevant – yes, and somewhat yes – it would be nice to have a spade but beggars can’t be choosers.

3. Board texture – remember that we always should have bluffs in our range, if not, people can just fold every time we bet the river.

So… River is A♠ and villain checks. Let’s go through the “normal” thought process: Can we win by checking? As we’re holding 8 high there’s no way in hell. Are we at the bottom of our range? Yes, very much so. Do we have blockers? To the straight yes. Are there missed draws? Not really. What is the bottom of our value range? Ax8s+ but most likely two pairs+. What is the absolute worst hand we could have? Hmm, 45 suited no spades? Best bluff candidate? We’re pretty close to it. Probably 9x with one spade and a gutter. So J9 or Q9 maybe. Villain’s most likely hand? Two pairs+ is raising the flop or the turn sometimes. 89 might not but we’re blocking it. The most likely calling hand: AT or Tx or 7x flush – so not too many combos. Conclusion: Hero bets 85 and BB tank folds.

Even further conclusion: I think we should bet almost every river except maybe: T’s and 7’s.

Wow, what a ramble. Note that these are only my thoughts and I haven’t played NL for quite some time now.